When visiting a third world country it really starts to put life into perspective. Laos is one of those places. If you don’t know anything about Laos don’t feel bad because neither did I. A quick google search taught me that Laos is a very poor country. It was also used as a battlefield for the Vietnam War. More than 40% of the population in Laos lives for under $1.50 a day. Although I am making this place sound awful, it is really a very beautiful and inviting country. 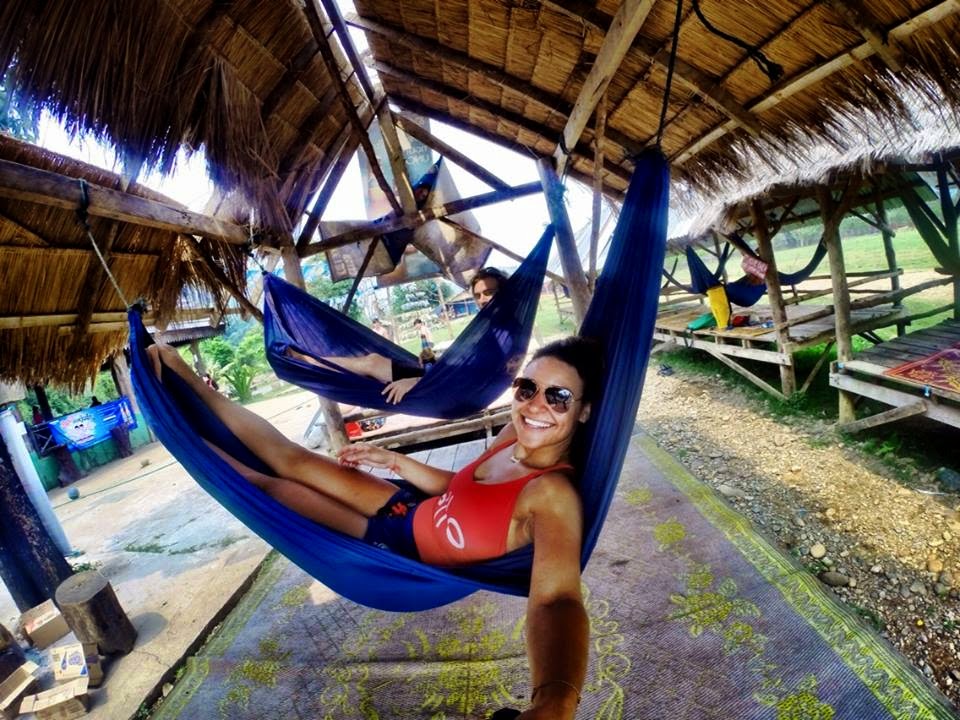 I wish I had done more research before going to Laos because the culture is very unique. Laos is very conservative. The women wear long skirts and usually have their shoulders covered. It is not the norm to be walking about in a bathing suit in the streets even if you are in a town that is close to the water.
Getting around in Laos is a lot of work. There are two airports, one in Luang Prabang and one in Vientiane. The roads are awful, I was riddled with car sickness and fear when we traveled through Laos. It was worth it to see it, but I am not sure I would do it all over again.
We started our journey in Vientiane then made our way to Vang Vieng. Vientiane is nice, pretty quiet. Our hotel was facing the Mekong river. We had a nice dinner on the boardwalk and that was about it. After walking around we decided the one day was probably good enough for Vientiane.
Vang Vieng 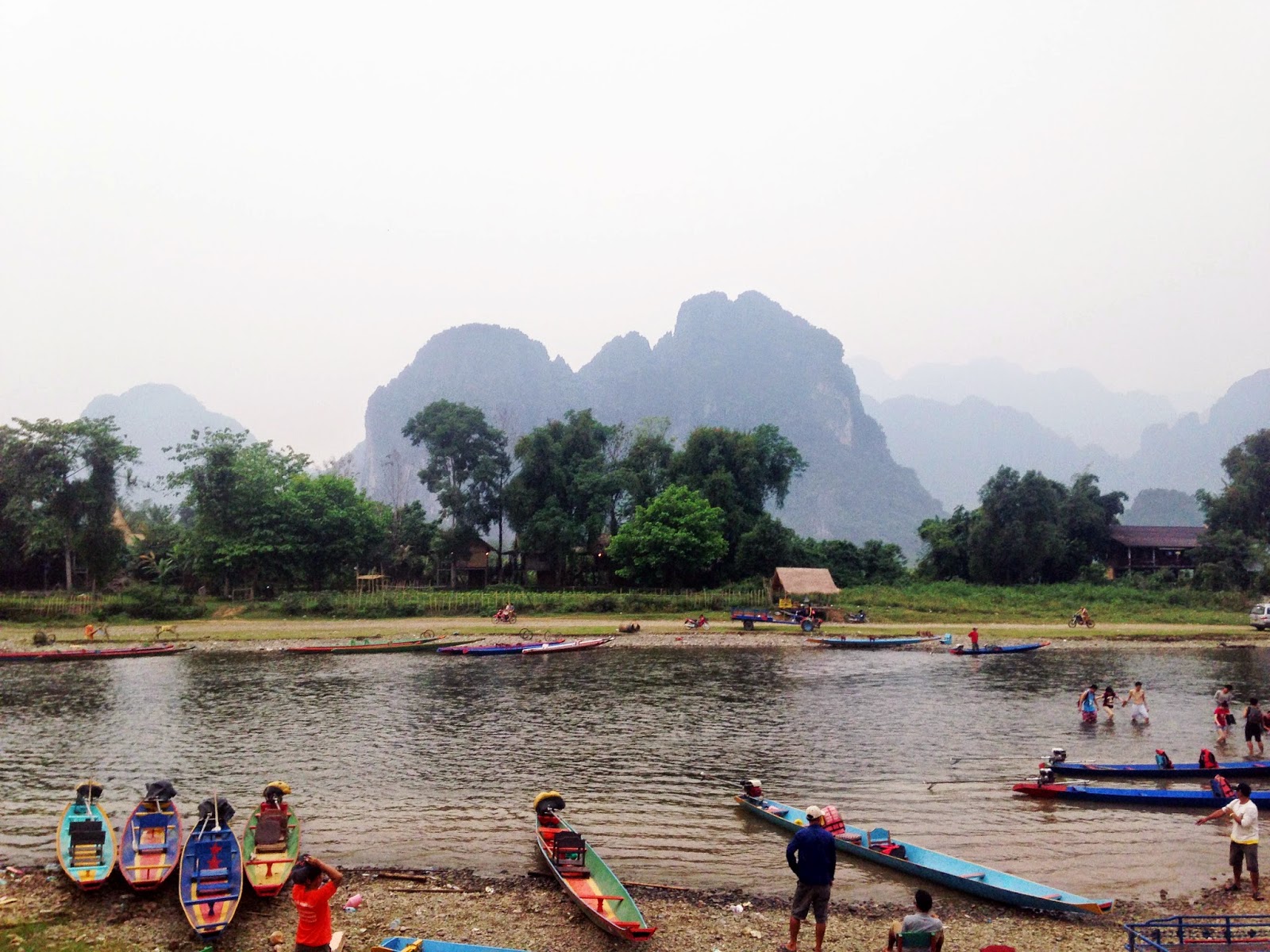 This city is known for partying. They were made famous for their river tubing bar hoping, which has now become quite tame after a few terrible incidents. Now there is only 6-7 bars allowed to be open at one time.The bars in Vang Vieng are crazy.
Sakura bar was probably one of the craziest bars I have ever been to. People are huffing laughing gas, dancing on the tables and playing beer pong. There is madness everywhere! If you buy two drinks you get a free shirt, obviously I got two! There are lots of caves to explore in Vang Vieng as well. We spent three days here but we could easily have spent a few more exploring. You can rent a motorbike for cheap, the roads aren’t the best but wear and helmet and be safe and it should be fine.
Luang Prabang
This was another scary bus ride that took up most of the day, even though it is only 180 KM away. We had the worst luck in Luang Prabang. It ended up raining most of the time. We went to a few temples and checked out the museum which was interesting. I think I would invest in getting a guide for these activities so you could get more of the experience. 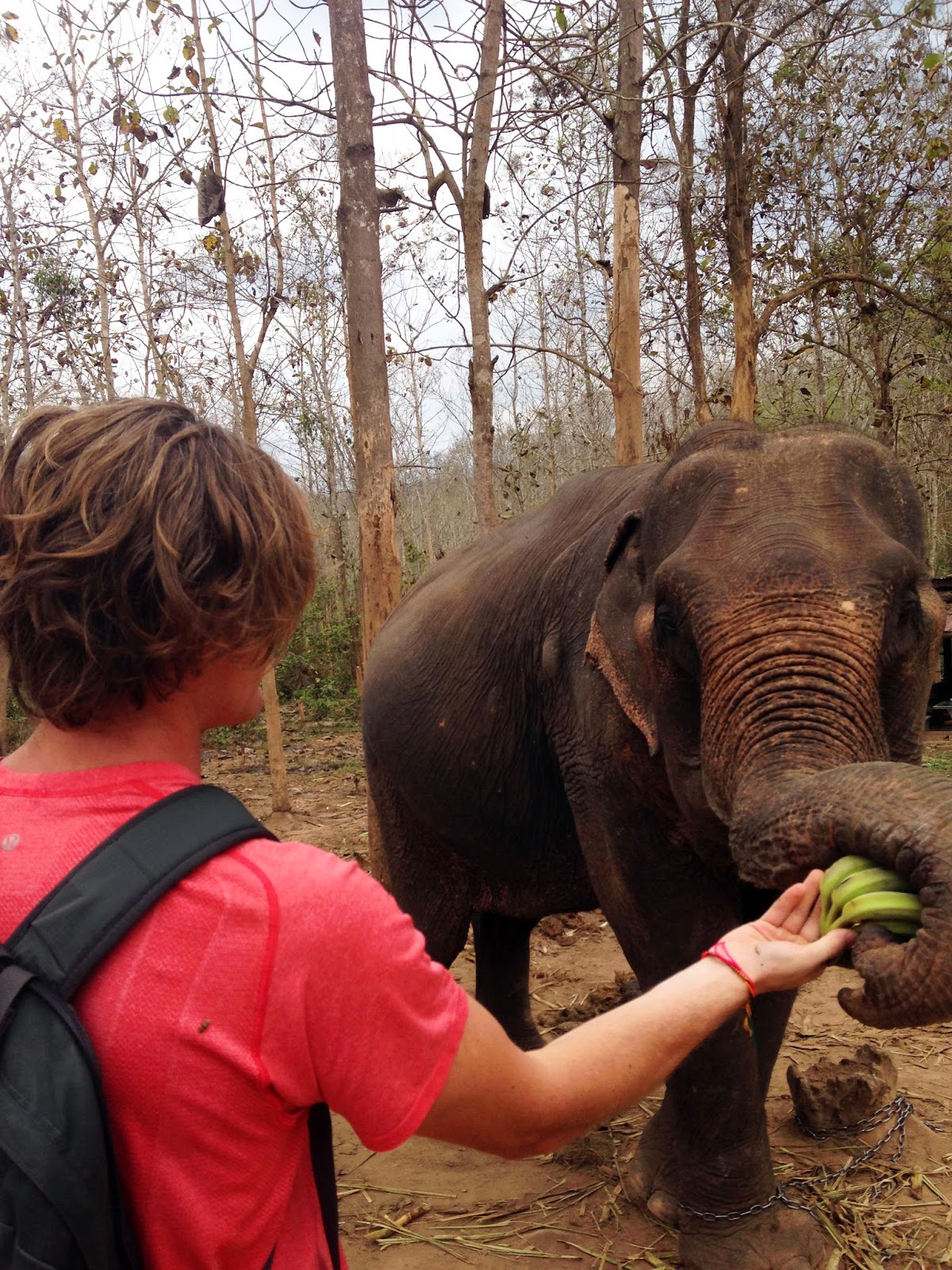 I had heard that Luang Prabang is known for their elephant sanctuaries. I wouldn’t consider myself to be an animal activist but I do appreciate the ethical treatment of animals. It was very important to me that we find an elephant sanctuary that is humane. We asked the front desk manager of our hotel and he seemed to think that they are all the same, it is just marketing. We were very torn trying to decide if it was worth while or not. We had heard that elephants run wild in Burma and that it is a much better experience just seeing them roam around. We knew we did not have time to go to Burma so we went for it. We still feel guilty about it, because it is strictly for tourism, they don’t really care for the animals. 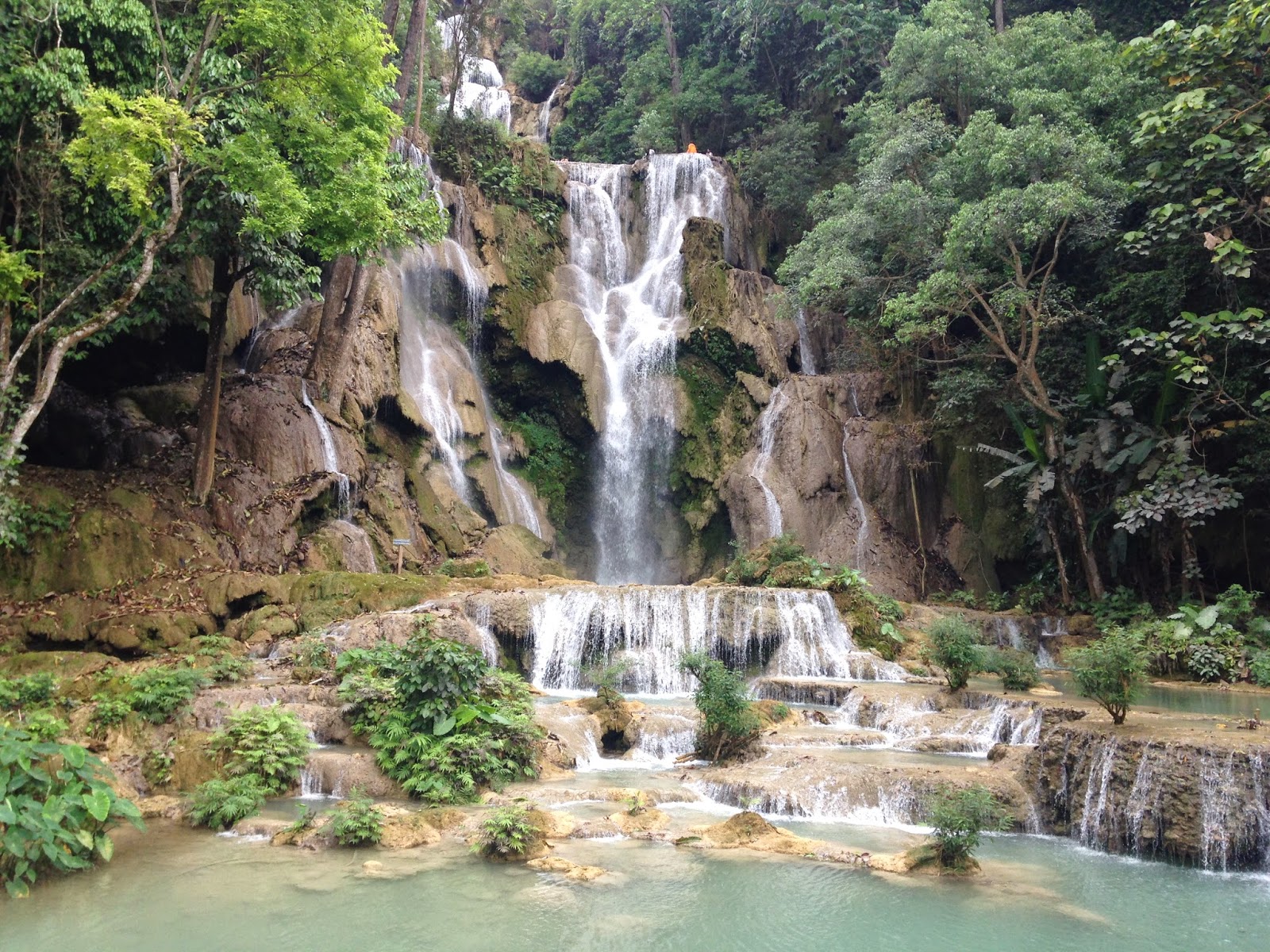 The Kuang Si Waterfall is one of the nicest waterfalls we saw in South East Asia. Since we went in the dry season we weren’t able to catch many waterfalls. We got an okay day to check it out, but it was on and off rain and a little chilly. If it was sunny we could of spend the day swimming in the water and then having lunch close by. It is a nice spot.
There is not much night life in Luang Prabang. We found a place called Utopia that was cool to go to at night. It is a hookah bar with lanterns and pillows to sit on, on the flloor, they have a volleyball next in the back. It gets pretty rowdy there and then people head to the bowling alley once it closes. The bowling alley is the only place that is open late.
We spent a few days in Luang Prabang. We got traditional Laos massages which were so painful. The rain really limited the activities that we could do. I also didn’t overly enjoy the food.The people are very friendly and willing to help.